More than 1.200 downloads of the call for tenders and 48 among Italian and international attendee for an area of 40.000 square meters. These are the numbers of the contest of ideas for the reuse of Mirafiori ex industrial areas in Turin, announce by TNE (Torino Nuova Economia S.p.A.), society of public capital, founded in order to realize one of the forecast goals of the Agreement Protocol, subscribed in December 2005 with Fiat Chrysler Automobiles, owner of the Mirafiori industrial factory in Turin. The aim of the contest of ideas was to transform the area of ex industrial factory in a focal point, promoting production and creativity, not only for the Mirafiori urban area, but also for the all city of Turin. The winner was the group guided by Recchi Engineering s.r.l. with LAND s.r.l., Picco Architetti, + Studio Architetti Associati and Immagine e Territorio – Strategie e Strumenti S.a.s. BUBBLES FOR ALL. This is the slogan, which recap the basical concept of the winner proposal, characterized by the afterthought, which was not just looking at the functionality, but also at the inner morphology of the area: the pervading landscape becomes the structural element of the plan and is the most important point, which defines the new interior-exterior approach.

The inflexibility of the industrial architecture grid is broken with integration of fluid elements of composition, which opened the building to the outside. Green insinuates inside the area, spreading everywhere, finishing spatial and functional aspects. The main theme is about the historical industrial past, which it mustn’t be forgotten: the contest area becomes essential to develop a new urban polarity, giving back a better place to the city, with an unconventional mix of functions. A green natural wing is the new facade, which alternates opaque and transparent surfaces. The new hanging circular walkway describes the project’s strong scenic design character, which gives a new perception of the space. The willing of the stat-up bubbles and creative labs is to refresh the industrial tradition of the site: the purpose is to create a connection between the fluid design of organic forms and the strict industrial grid. The start-up bubbles will be integrated with co-working spaces and a dedicated area for the emotional automotive. All this will participate to create a dynamic working space. A huge covered square, dedicated to sports, leisure and sociality will be the beating heart of the entire space, meanwhile an urban nursery and a great open air space will inspire for a new urban experience. 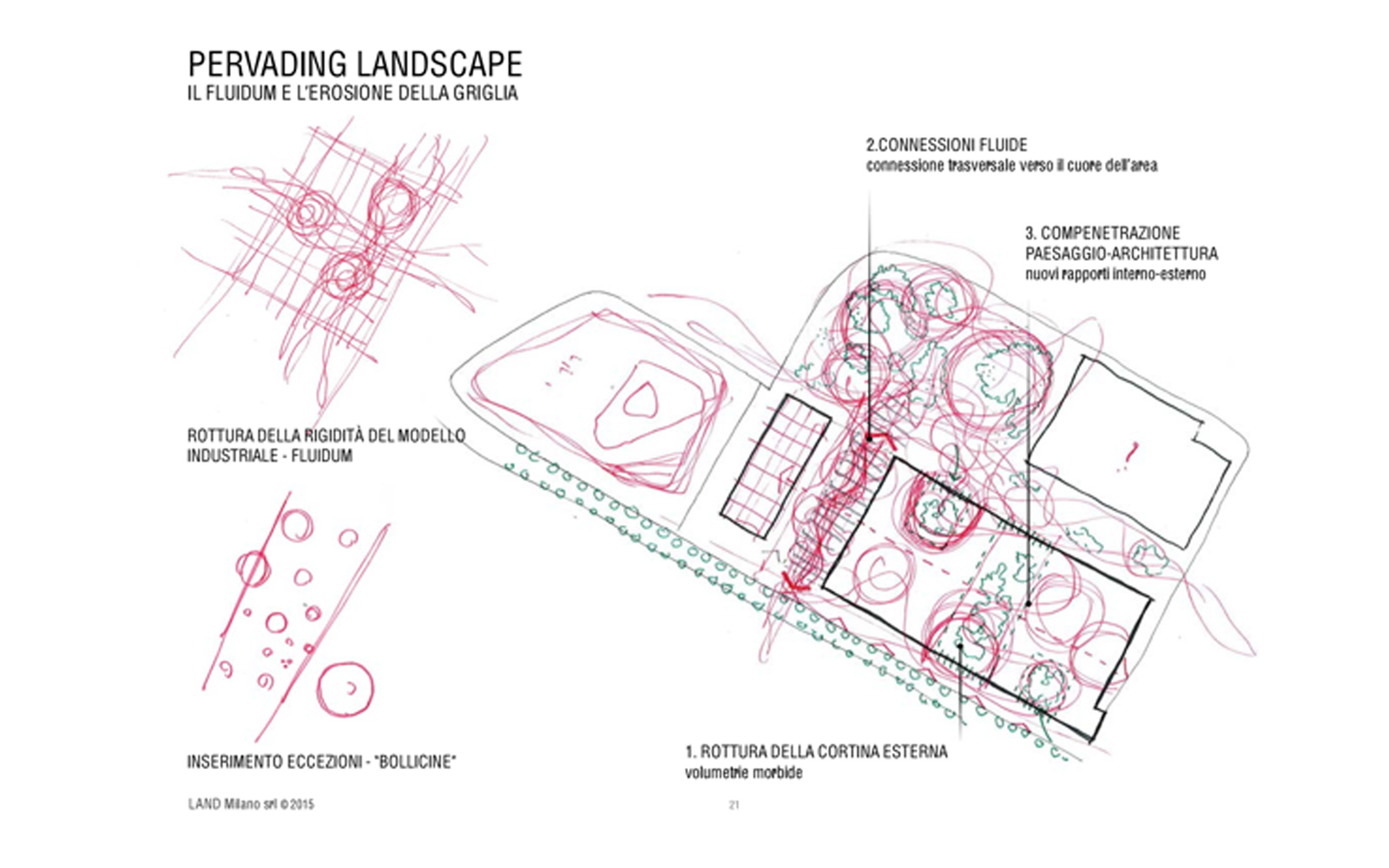 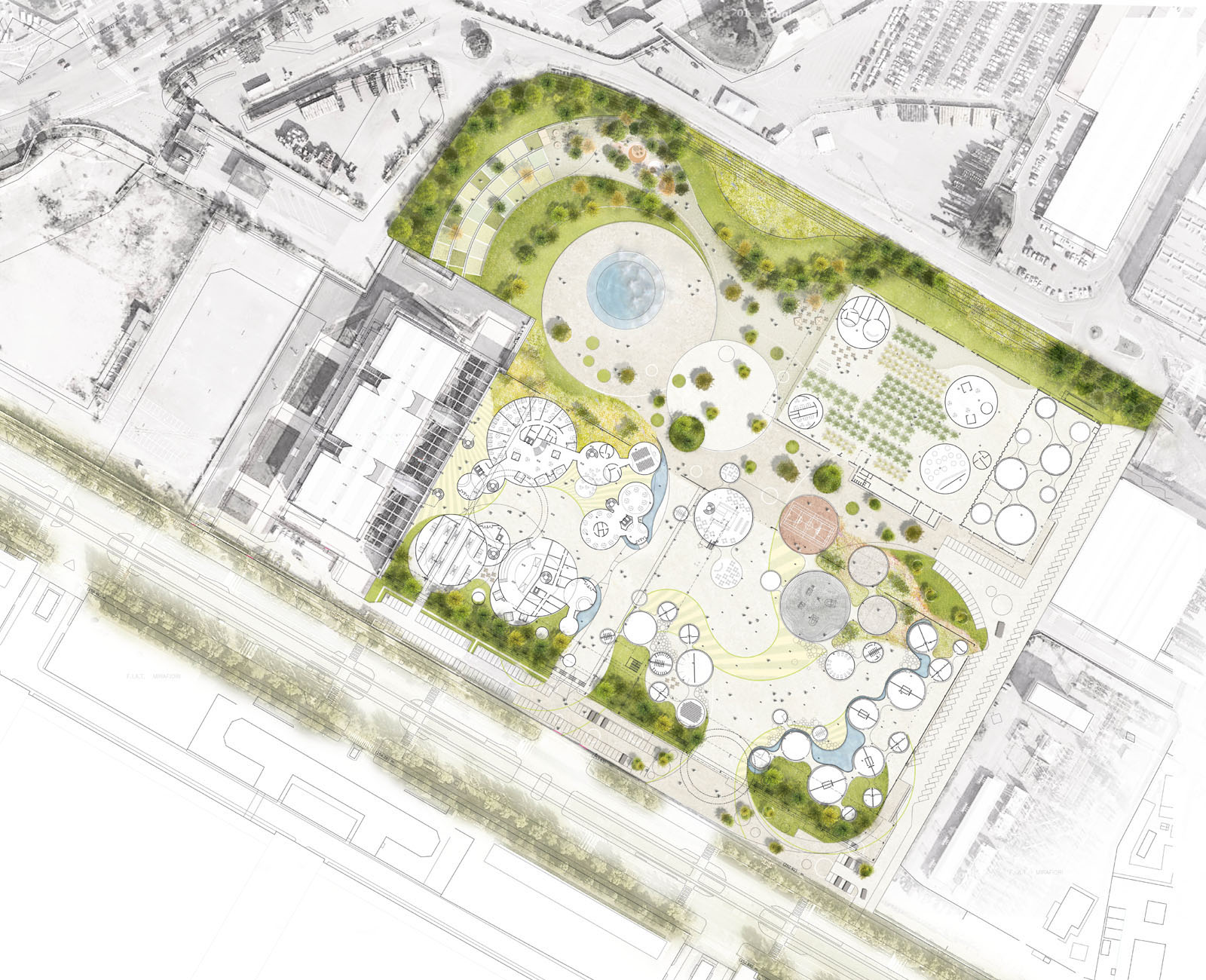 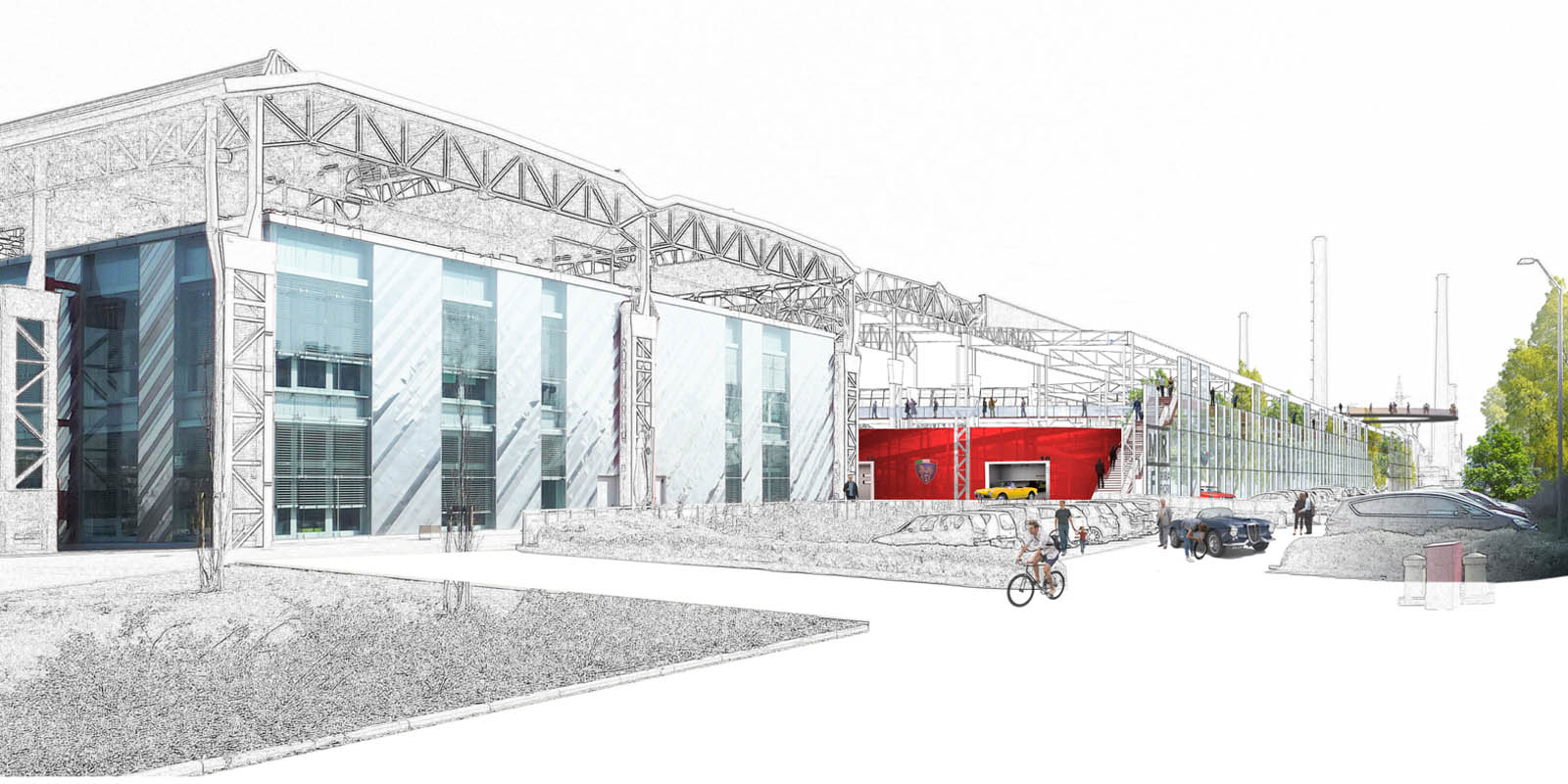 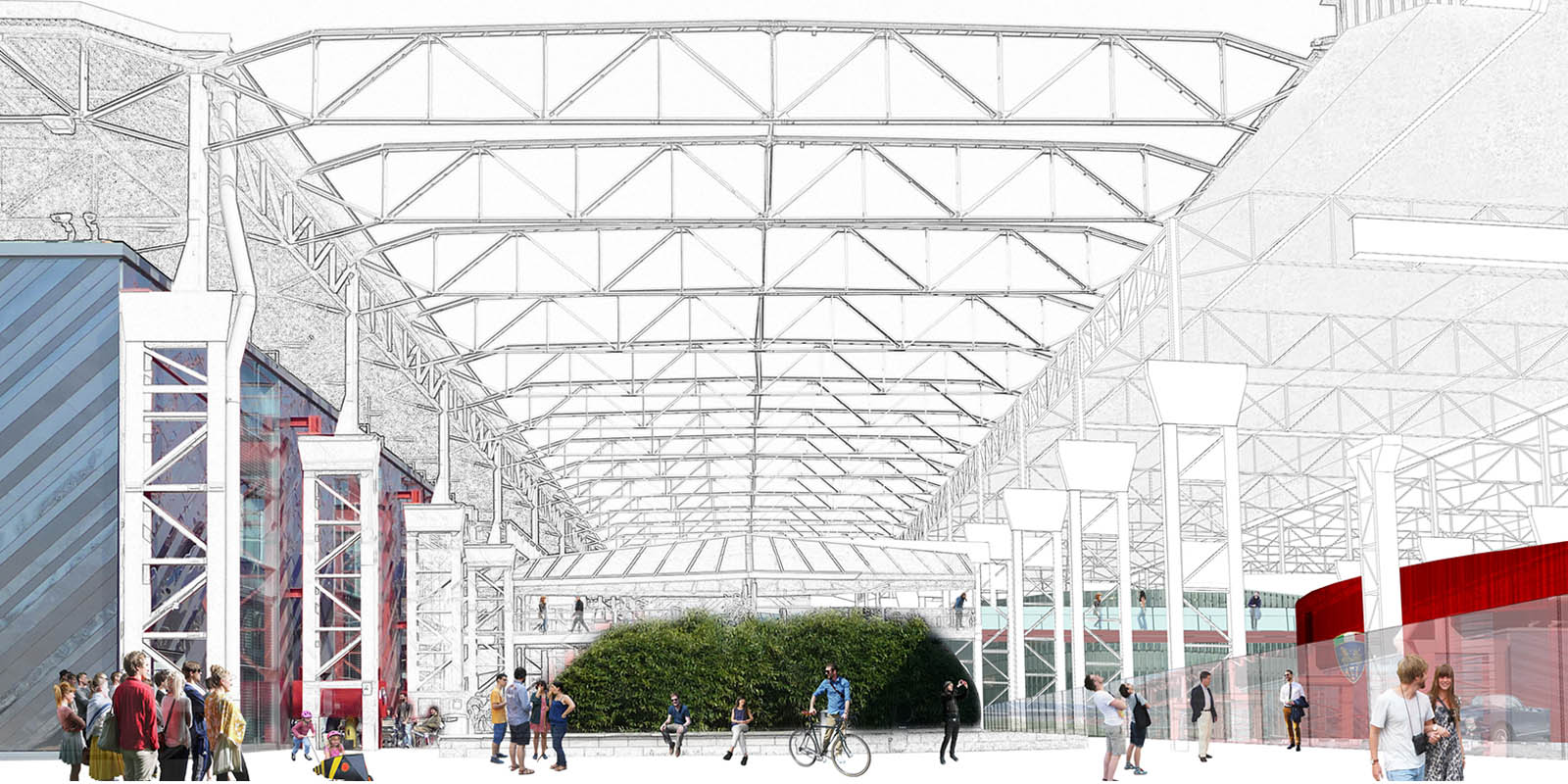 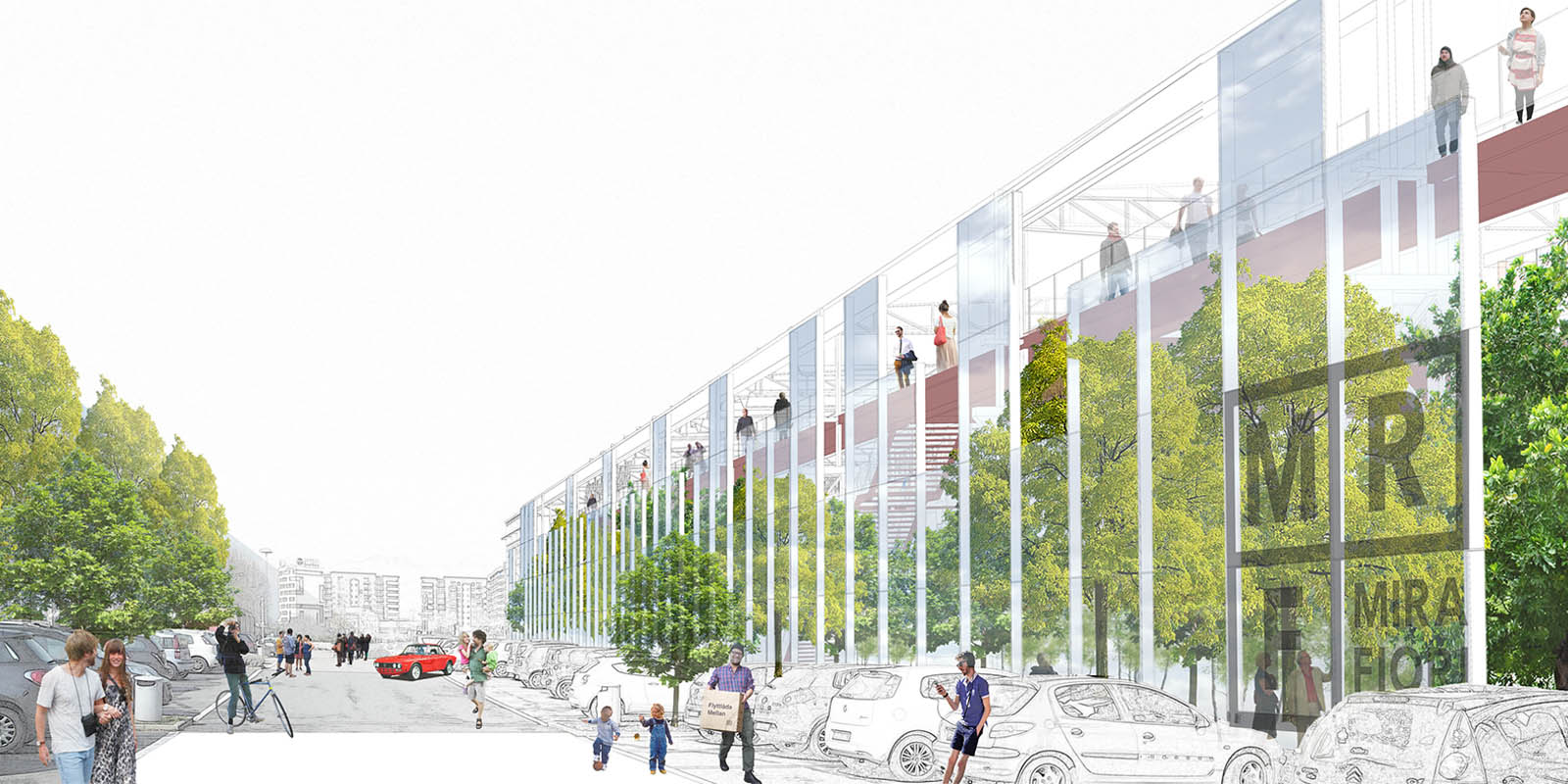 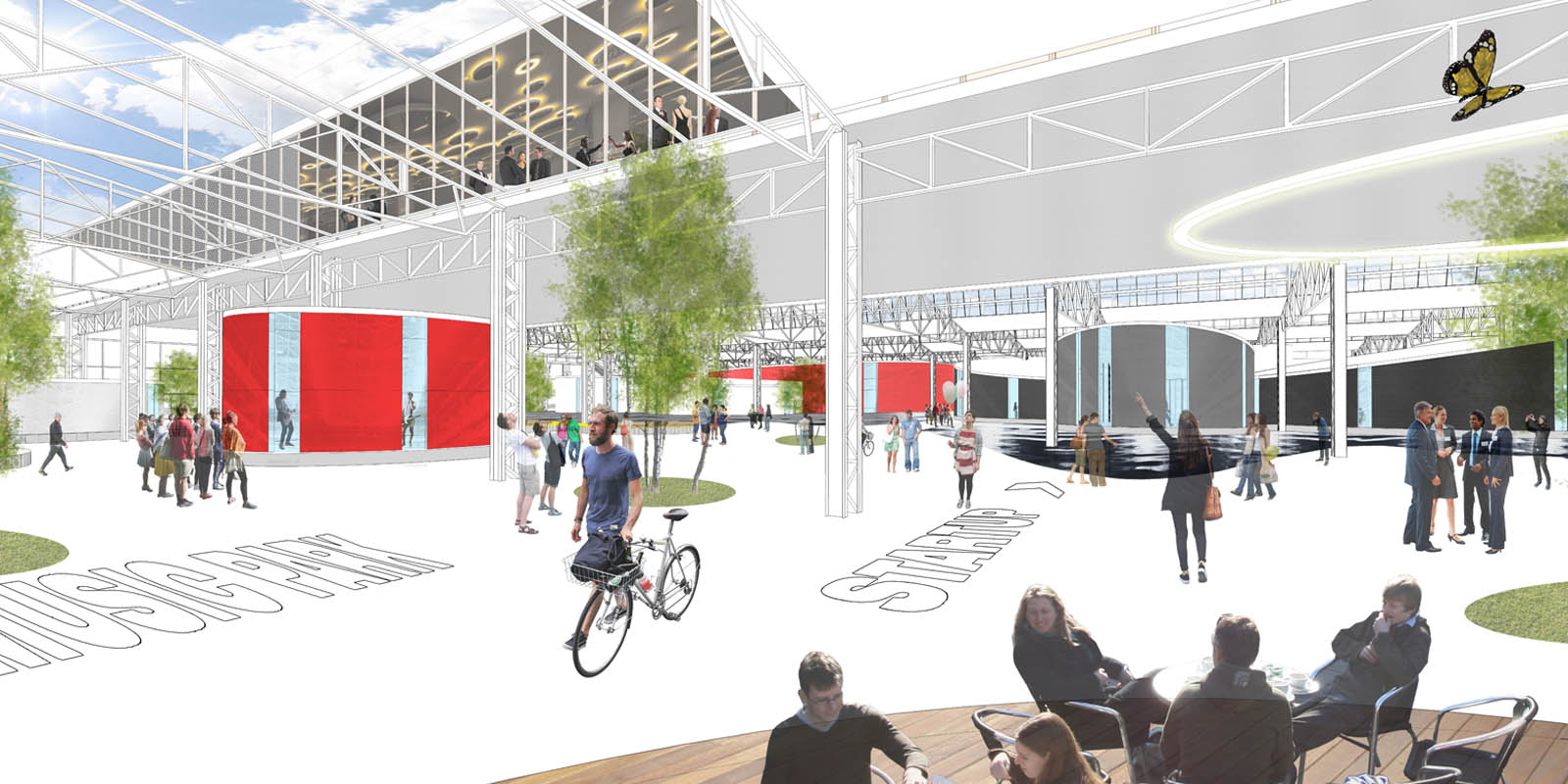